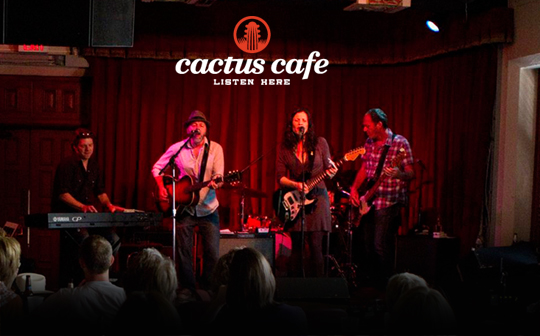 The Cactus Cafe is a favorite venue among residents of Austin Texas, and for good reason. ThunderTix is proud to be the ticketing software of choice for the Cactus Cafe. We just love their beautiful website and use of omnipresent social media for event promotion and fostering the shared experience.

Opened in February 1979, the Cactus Cafe on the campus of the University of Texas at Austin is one of the most popular venues for live music in the Austin area. The acts, from local unsigned independents to famous national tours, perform mostly high quality acoustical music, rather than the rowdy amplified genre. Cactus Cafe is described by Billboard Magazine as a "solidly respected savvy club from which careers can be cut, that work with proven names and new faces.”

The cafe has a earned a reputation for being an intimate, close-up experience for acclaimed acts such as Townes Van Zandt, the Dixie Chicks, John Hiatt, Ralph Stanley, Suzanne Vega, just to name a few. Being on the college campus, the Catus Cafe is closely associated with UT radio station KUT which has broadcast live performances for Austinites not able to attent an event in-person.

Recently, alternative country music singer and songwriter Dale Watson, known best for his 'The Truckin' Sessions' an album devoted entirely to that distinct country subgenre of truck-driving songs, performed his repertoire of modern country music at the Cactus Cafe. The Watson show was made mention of heavily on Twitter and Facebook, before, during and after the event.

The shared experience stories for every performance are very well managed by the Cactus Cafe, who fully understand their importance in the context of running a successful entertainment venue.

The public is made aware of upcoming events at the Cactus Cafe through traditional local advertising and expert use of social media. The cafe’s Twitter, Facebook , YouTube, Flickr and foursquare pages should be considered reference standard for cultivating the shared experience of your event.

Speaking of reference standards, the Cactus Cafe’s beautiful website is one of the best we have ever seen. ThunderTix’s technology is seamlessly integrated into the website, ensuring confidence in the purchasing process for all Cactus Cafe patrons. 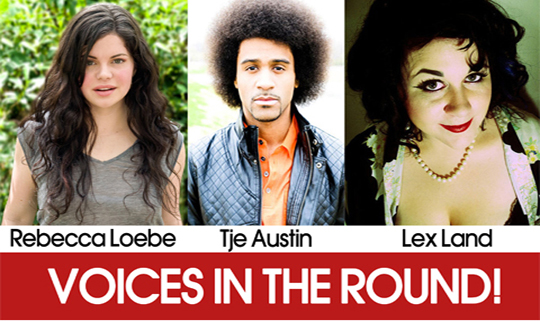 This Saturday, June 16th, former NBC ‘The Voice’ contestants Tje Austin, Recca Loebe and Lex Land will be at the Cactus Cafe in a performance called “Voices in the Round”.

The famous trio will perform together showcasing their original songs with collaborations and special guests in the venue so well known for its close-up intimacy - a once-in-a-lifetime opportunity for everyone in the Austin area.

The ThunderTix team will be in attendance at the ‘Voices in the Round’ performance and we formally invite you to join us. Stop by and introduce yourself, let us know how you make use of our technology or ask how we can best be part of the success of your event. We look forward to seeing you there!

We hope this spotlight on the Cactus Cafe helps you with your event awareness as a great example of the how it’s done. In the coming weeks, we’ll be posting many more “spotlights” on events, venues, our beloved ThunderTix users and some “secret” lesser known technical aspects of a successful event.