5 Restaurants Poised To Sell Tickets In Lieu Of Phone Reservations 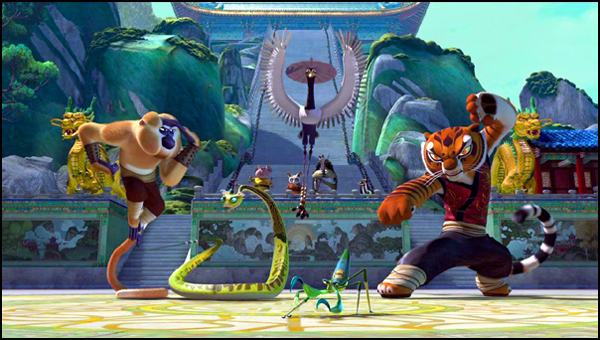 The restaurant trend to sell tickets in lieu of phone reservations continues widespread acceptance. As such, here's a look at the next potential five restaurants to follow the lead set by Next restaurant in Chicago.

A previous post looked at some eyebrow-raising research that indicates restaurant owners are poised to embraced every available technology to improve their bottom line. That data, gathered by National Restaurant Association, shows that 54% of restaurant owners say they’ll invest more in technology in 2013.

An excellent example of a investing in technology is Next restaurant in Chicago. Next restaurant sells tickets that are purchased in advance in lieu of taking spoken reservations over the telephone. Selling tickets benefits both the restaurant and the diner. The diner is guaranteed a table (even on a busy Saturday night) and the restaurant gets its revenue up front.

The tickets to Next restaurant are so sought after, an entire secondary market has cropped up, just like concert tickets. That's proof of just well the public is prepared to abandon old fashioned telephone reservations and go "all in" for buying tickets in advance.

The question is, knowing what hyper-competitive industry the restaurant business is, "who will be next to follow Next?"

With Next in Chicago doing so well, it is a good time to wonder which new restaurants will be next to sell tickets in lieu of phone reservations. A quick look at an authoritative source shows five very likely candidates.

Jessica Dupuy has written a list of the most anticipated restaurant openings for Austin this summer in Culture Map. The list is a veritable who's who of culinary arts in the state capitol. If you own a restaurant any where in the country, Dupuy's list is highly recommended reading, but here's a condensed version of the list:

Chef Curren will apply his highly trained culinary skills to team up with his equally talented pastry chef wife, Mary Catherine, to their own modern take on a French restaurant...The menu will abound with French classics available in single-item selections as well as in arrangements of three-course prix fixe options.

The venture is the latest endeavor from the group behind Kung Fu Saloon and the Brew Exchange and operating partner Geoff Freeman, formerly of Eddie V’s Prime Seafood. Perhaps the best feature will be the upstairs al fresco patio boasting some of the best views of Austin’s downtown skyline.

We’ll soon see how the approach to classic French technique and an inspirational nod to American icons Chez Panisse and the French Laundry pays off.

Executive Chef Andrew Francisco — formerly of Olivia — will take the helm of his first kitchen drawing on his classic French technique and inspirations from some of his favorite cuisines including French, Asian and Modern American.

It's a good thing Paul Qui has the skills to back it up. Menu details have yet to be officially released, but there’s no question we’ll see Qui’s quirky and innovative takes on an array of Asian cuisines.

3 Reasons To Sell Tickets In Lieu Of Phone Reservations

Note that last, but certainly not least, on the list is Qui, a restaurant that has already committed to selling tickets in lieu of phone reservations.

The top three reasons restaurants should switch from telephone reservations to selling ticket in advance begins with that old nemesis the dreaded no-show. No-shows are a very costly hazard of the restaurant business. No-shows are a double whammy in that there's no money made from the diner(s) that didn't show up, and the table could have gone to other diners, but they were told the evening was booked.

Second is the tremendous advantage of all the cash up front. Restaurants roll the dice each week by buying tens of thousands of dollars worth of food and supplies all on an assumption. Even the savviest owner at the hottest restaurant ends up wasting some food, or worse, not buying enough. By selling tickets in advance, the owner knows precisely how much to buy, days, even weeks before the diners walk through the door.

The third reason is rather obvious. No meaningful customer data can be gather from telephone reservations. Online ticket software generates a dazzling array of data about the customer (name, address, email, preferences, payment types, etc.) which can be cultivated into a lucrative marketing database. A new customer is great, but a frequently returning one, bringing all their friends is event better. ThunderTix can help you start selling tickets online in as little as one business day with no long-term contract commitments. We also make nightly deposits of your sales dollars directly into your bank account, giving you the liquidity to buy only what you need for the menu – no waste. Best of all we do not charge you per-ticket fees! Our ticketing website is easy-to-use and you can sign up for a free trial today!