High School Switches To Sports Ticketing Software - You Can Too 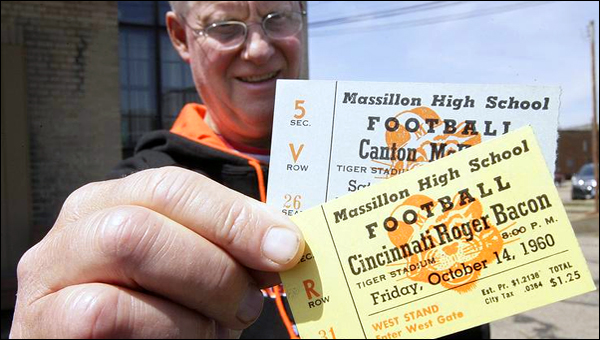 An earlier post detailed how community sports leagues can emulate the big leagues and sell tickets online. Now a high school in Ohio has gone "all-in" and will start selling tickets to its football games online. The change in policy was made for a reason you expect (cost) but also for one you may not be aware of.

Massillon High School has been selling paper tickets to its football games since 1960. But with school budgets shrinking, that may not last much longer. Paper tickets are very expensive to produce, not to mention the inherent eco-unfriendliness. Massillon's new online ticketing option will bring substantial savings, according to the school's athletic director Brian Pachis:

The new format is expected to save the high school money down the road due to not having to contract out and pay for the cost of printing. Over the course of five years, we should save close to $20,000 on the printing of tickets. We can do much of this on our own with the new equipment.

Pachis also said that the school's use of online ticketing software won't be limited to just sports. "Down the road, [it will] include school plays and musicals. Obviously, the first year we’ll have to work through the change. Hopefully, people with see the cost-saving benefit and convenience of the option."

If events like plays and recitals at other schools are any indication, the convenience factor may prove to be an even more powerful reason for switching to sports ticketing software.

Avoiding The Stampede Of Parents

Anyone with school-aged children has most likely experienced the less than orderly school event at least once. Sometimes referred to as the "stampede of parents", long lines to get into a school auditorium, or a mad dash to find a seat at the last minute, are symptoms that a school needs online ticketing. From 'Principal Suggests School Event Ticketing System' describing the "mad dash" of parents:

Parents are willing to endure hardships for their children, including a dangerous footrace to the head of the line. But the specter of injuries (and the associated liability) that may result from an event being in such high demand, as seen in the video, should give school official pause.

Selling tickets in advance is not only a smart safety procedure  it can decrease the time spent in organizing and managing the event overall – alleviating educators from the burden of being "concert promoters."

Massillon High School has realized the value of selling tickets to football games and school plays online. Your school can too - but be wary of ticketing software that charges you fees!

ThunderTix sports ticketing software for schools does not charge you or parents per-ticket fees. We also offer your school reserved seating and advance ticket sales helping avoid the “stampede of parents” who come to see their children play.

We use a flat subscription price instead of per-ticket fees. Our sports plan is based on the number of tickets sold and can be upgraded to have reserved seating charts that match grandstand and auditorium seating. Plus all of our plans include the tools to ask for donations, or sell t-shirts and souvenirs as part of the ticket purchase process.